National Bison Day has been declared by the US senate to be held on November 5th of each year honoring the many contributions of the bison to the USA landscape. 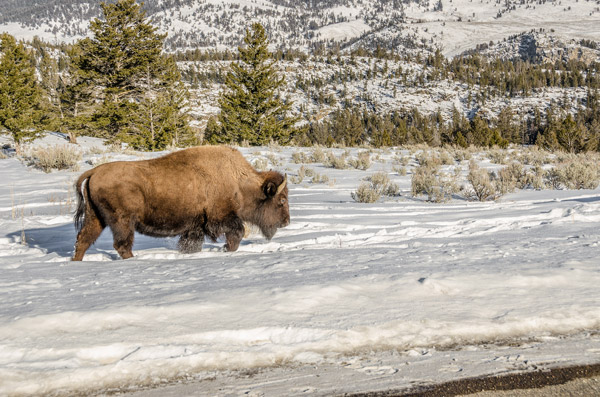 The U.S. Senate agreed to a resolution designating National Bison Day as the first Saturday in November, which falls this year on November 5 th.

Not only is the buffalo the national mammal but, an entire month is dedicated to buffalo, since July is National Bison Month.

National Bison Day has become an annual celebration of the ecological, cultural, historical and economic contribution of the U.S. national mammal, the American bison.

Events celebrating the bison are hosted by many communities in dozens of states. It deserves the annual celebration because the bison aided in the ecological, cultural and economic contributions to this country.

Bison herds have roamed the prairies of North America for 10s of thousands of years. While other great mammals such as the woolly mammoth has become extinct, the bison has survived everything from the ice age to over hunting almost leading to extinction.

Now it’s time for these giant animals to be honored for their role in the history of the USA. Thanks to conservation efforts the bison have moved back to many areas of the Midwest. But there are herds in all 50 states.

"National Bison Day rightfully honors this magnificent animal, our national mammal, and helps focus attention on the work being done by private ranchers, conservationists and tribal leaders to bring bison back to pastures and rangelands across the country ."